On Kneading Trauma, 2019
Sound performance, bread dough, table, loop pedals, sound equipment.
Duration and scale variable.
This performance has been re-performed, echoed, delayed, distorted, reconfigured, fused, migrated and relocated into many varied spaces, settings and happenings. It's vagrancy and ability to morph in form resounds - sonically and theoretically - with its original purpose.
Stemming from archival home video recordings of her illiterate grandmother and the reminiscent conversations of family life in Sicilian dialect, the work mimics her actions, sounds and perspectives, translating them into a comprehensible multi-sensory language.
The position of viewing oscillates between inside and outside the kitchen, making the doorframe the focal framework through which to experience the durational domestic process of making bread, repeated in the exhibition installation. The kitchen setting is made strange; white- washed to simulate the visual language of the white cube so familiar within the history of western art and juxtaposed with a humble gesture that does not belong in a gallery space – once displaced from the homeland to a foreign land, and once again into the fine art context. The performance plays with the idea of material languages in conversation with one another: re-contextualised, censored and amplified to create a space in which one feels in an uncanny simulation of a familiar domestic space.
Contact microphones, loop pedals and the kitchen table are presented as the pseudoscientific instrument by which sounds of kneading are layered and manipulated to create a jarring and intense audio visual landscape. Its post-performance state is a memory of the previous performance, as the echoing of live sounds remain a murmur until the dough is reworked. The dough’s visceral material quality is itself a recording of each pounding imprinted into its surface. This resonance is a nod to the monotonous nature and longstanding history of kneading bread now lost to the impatience of modern society. The repetitive, rhythmic and cathartic process of kneading is inextricable not only from Sicilian culture, and the rituals of preparing and sharing food, but more generally from the trauma of subsistence. Both a tool for communication and survival, the gesture embodies memories of traditions that require transcription in order to be read.
The performance conflicts with its own purpose to accurately record gesture, as every performance produces a different final sound.
Exhibition view, Cut the Mustard, University of Leeds, June 2019 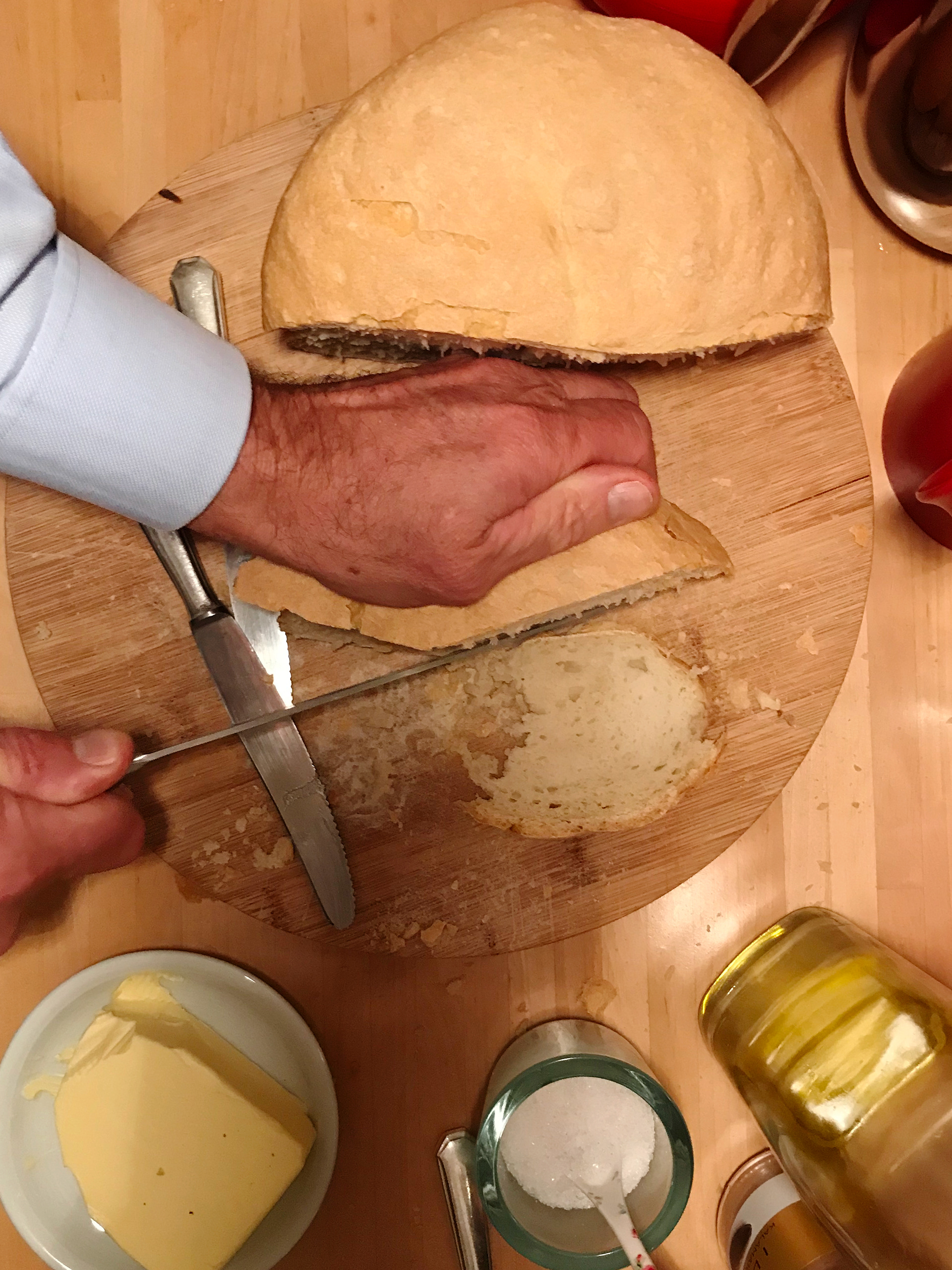 Performance at This is a gift to, The Brunswick, Leeds, 2019

I knead, therefore I am

DOMESTIC MATTER/s
↑Back to Top